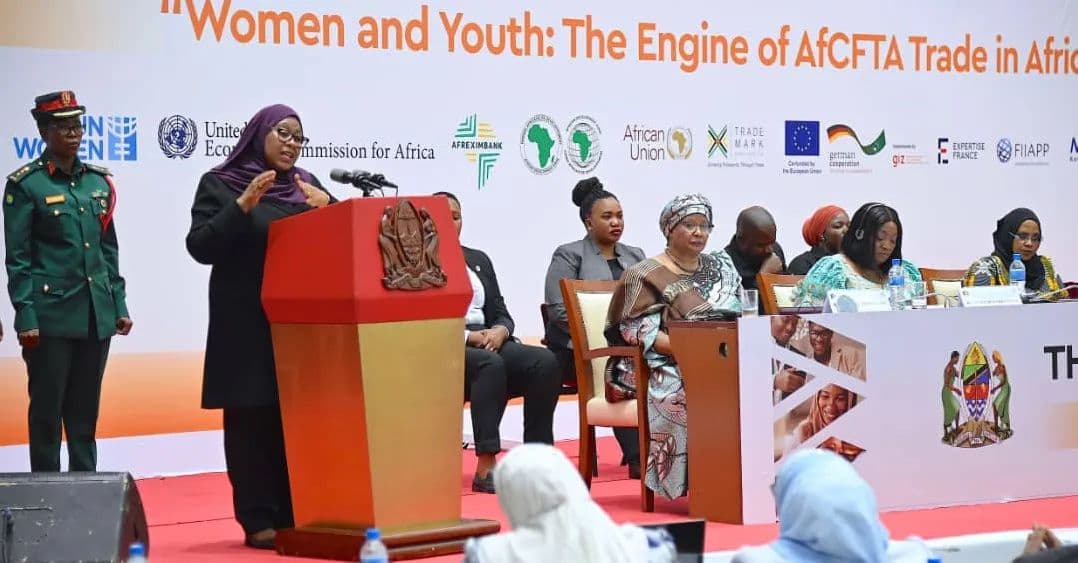 The AfCFTA Conference on Women and Youth in Trade kicked off from 12th-14th of September, 2022 in Dar es Salaam at Julius Nyerere International Convention Centre (JNICC). This hybrid event brought together key stakeholders, including policymakers, academics, private sector and civil society leaders, and citizens to jointly develop and implement solutions for Africa’s economic transformation.

In Her speech, H.E. Samia, said that the Government is giving preference to private sector to participate in development activities, and for now Tanzania is giving priorities to women whereas 30% of all major Government procurement has been give to companies owned by women.

The AfCFTA Conference on Women and Youth was officially closed on the 14th September 2022 by the Zanzibar’s First Vice President, Hon. Masoud Othman, insisting the opinion and suggestions made during the conference will reflect in the Protocol of Women and Youth in Trade in order to facilitate available opportunities for everyone and Africa in general.